The Most Adorable MMORPG 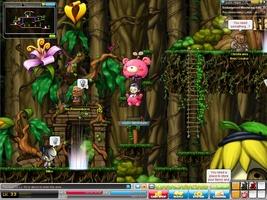 Advertisement
Maplestory is a multiplayer role-playing game in which you delve into the fantastic world of Maple to live with all of its inhabitants and join in hundreds of adventures which your friends can join you on.

When creating your character you can choose from over a dozen different classes, some of them only being available during special events that will give you access to unique skills and weapons as you go leveling up and exploring new locations.

To level up you will have to complete quests and kill some of the many enemies you encounter in your adventures. These battles take place in real time and in two dimensions, resulting in a system of very dynamic and fun fights.

However, one of the aspects in MapleStory that is the most fun is its social nature, which gives you the ability to interact with human players and the NPCs, as well as playing different minigames with them.

MapleStory is a very simple MMORPG, which comes not only with adorable graphics, but also a simple and addictive game mechanic which has been difficult to disengage from for the past few hours.
Reviewed by Andrés López
Advertisement

Why is this app published on Uptodown?
(More information) 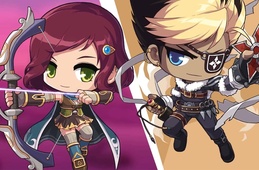 May 29th, 2018 The MMORPG Maplestory has arrived on Android

Warzone 2100
Futuristic war strategy in real time
Playnite
Merge your game libraries and platforms into a single tool
GeForce Experience
Improve your computer games performance
IMVU
It arrives the revolution of instant messaging
LaunchBox
An elegant frontend for all your games
MAME
The most popular arcade emulator
MameUI64
All the power of MAME, now with an intuitive interface
ClrMamePro
Update Mame Roms without a problem